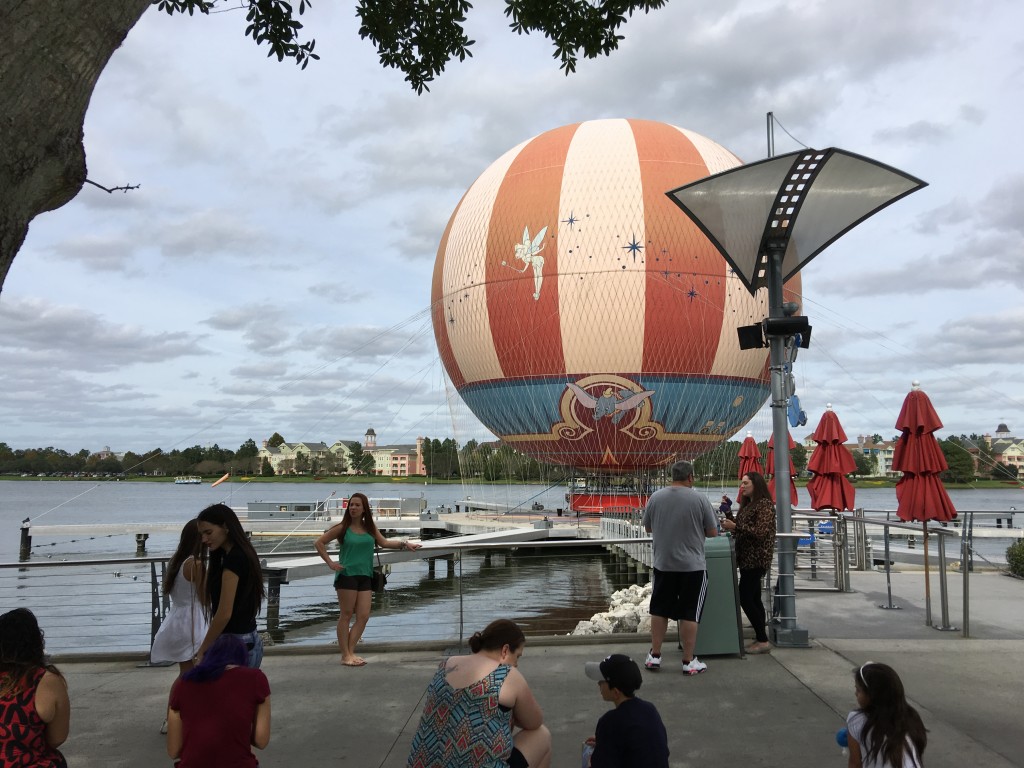 Starting our day at Disney Springs

My kids and I went to Disney Springs last week and boy has it changed. I couldn’t help but think of the new iPhone ads. You know the ones that say the only thing that’s changed is everything.

People who visited in the past may recall a large shopping area with some restaurants and clubs thrown in. But now, it’s like an entire Town! The Landing, Marketplace, West Side, and Town Center are “neighborhoods” all built around bubbling springs with bridges connecting the areas.

I spent the entire day there and had a blast. But more importantly, so did my two kids- aged 10 and 11.

When I first walked into this ultra-chic upscale Bowling Alley, I thought, “Whoa, this is going to be expensive!” but it wasn’t. And if you go when it opens, at 10:30am, you can get early-bird pricing until 12:30. Kids aged 9 and under are only $8 and Adults are $12. That includes your shoe rental and we got to bowl for an hour and a half.

Splitsville also appeals to the adults with the NFL package broadcasting your favorite football games. Five bars, 2 pool tables and live music make it a great hang-out in Disney Springs. If you want to escape the kids at night, head to the second floor Thursday through Saturday where it’s 21 and over.  The bowling alley menu is not what you’d expect either. It’s really good! They have pizza, chicken, cocktails and sushi.

Over 70 retail shops already exist in Disney Springs and they’re not done with the expansion yet. It’s set to cover 1 million square feet when completed! Our first shop was United World Soccer to pick up some official club jerseys. Next was the Super Hero Headquarters. My kids loved getting in front of the green screen and having their photo made as their favorite Marvel Superhero.

Sammy Duvall’s high-end surf shop, Curl, came next. If you love water-sports, this is the place to go. We then checked out Orlando Harley-Davidson where we posed beside a “Hawg” and immediately posted it to Instagram.

D Street followed. Vinylmation collectibles are more popular than ever now, and this is the spot to get the latest editions. This store appealed to my tweens because it had more “grown-up” items to choose from.  It’s more trendy and edgier, as they’ve outgrown tiaras and Mickey ears. 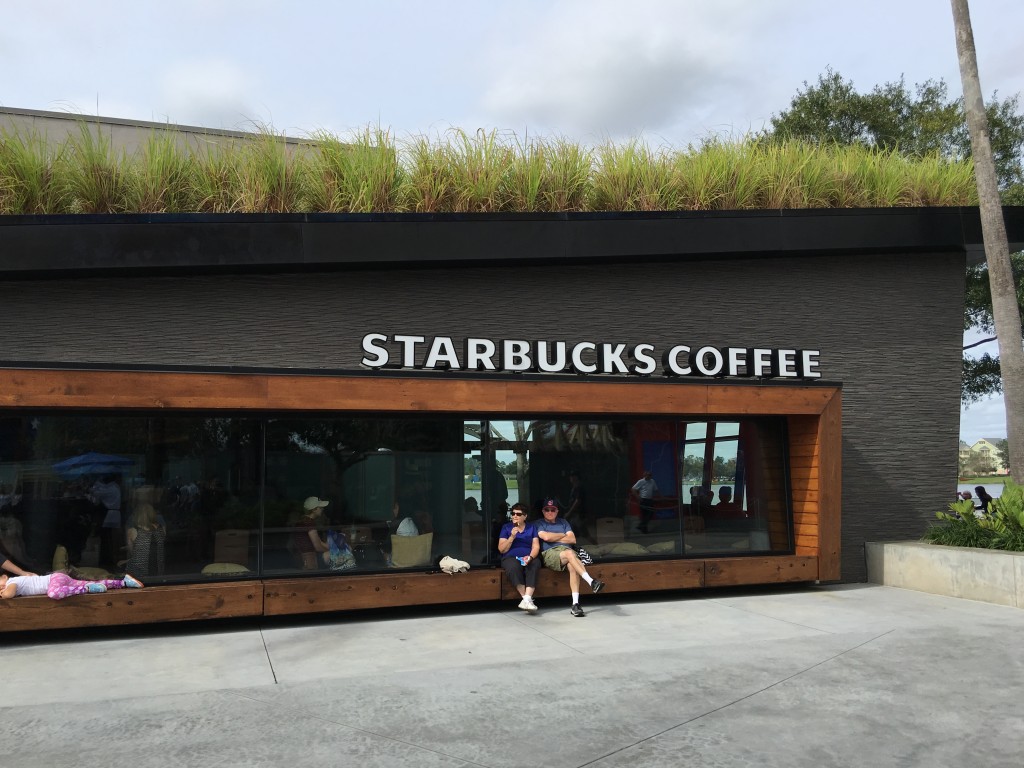 From there, I needed a caffeine hit, so we went to Starbuck’s new flagship store in West Side. The new location is beautiful. It also has a grass roof. And I don’t mean the straw kind on tiki huts. No, this is real grass that grows with the help of recycled coffee grounds; something I’m sure they’ve got plenty of. While I looked out the large window showcasing the lake, my kids played on Starbuck’s large interactive screen similar to a huge etch-a- sketch on the wall.

We then grabbed some Mickey cake pops from Disney’s Candy Cauldron and headed to the Lego Imagination Center, Once Upon a Toy and Disney’s Pin Trader store.

I personally loved the Marketplace Co-op where I found a cool shirt from Twenty Eight & Main  and a Vera Bradley bag from Cherry Tree Lane. Christmas shopping has never been so much fun! I even got stocking stuffers from Little MissMatched while they were busy in Goofy’s Candy Co.

All the smells coming from the Dining Room at Wolfgang Puck Grand Cafe as well as the aroma of BBQ emanating from Crossroads at the House of Blues made me hungry. But I wanted something a little more Disney-themed for the kids. Planet Hollywood offered table service, but the lower level with the live DJ was full, so we kept walking.

Live music played at the Waterside Stage, so we grabbed a seat for a few minutes to enjoy the band. I love how Disney Springs offers free quality shows and a place to rest when you need it.

But the hunger pains were calling, so we headed towards the large Dinosaur skeleton in the sky- The T-Rex Cafe. I enjoyed a “Raptor Rita” while the kids shopped in the Dino Store and watched dinosaurs get stuffed in the neighboring “Build a Dino” workshop.

While eating our Supersaurus Sampler, we saw banners announcing Dino-Week all over the T- Rex cafe. It’s in honor of Disney/Pixar’s new movie, “The Good Dinosaur,” which comes out in theaters November 25th. Disney Springs will be hosting Dino Week the 14th through the 22nd with special celebrations to mark the occasion. A meteor shower lighting show, along with a live DJ and a Dinosaur Dance Party will go until 11pm on November 21 and the 22nd.  My kids want to watch the 3D movie at AMC Disney Springs 24. Since they offer food and drinks in their  dine-in theater from MacGuffins, I quickly agreed.

After lunch, I bought ornaments in Disney’s Days of Christmas and a few bath soaps in the Basin. Then we walked to the Landing, once known as Pleasure Island.

Coming from the Marketplace side, with Fulton’s Crab house behind me, I saw the most beautiful sight ever- Erin McKenna’s Bakery! The founder of Babycakes who makes everything gluten-free, vegan, soy-free and kosher was now in Disney Springs! We ordered 3 Brownie Cupcakes with creamy vanilla frosting and ate them before we could even get out the door. Simply delish!

A few steps later, I thought maybe I was having a sugar-rush and seeing things…because I saw a car driving in the water! It’s called an Amphicar. My kids couldn’t believe it when a turquoise convertible glided past them and then pulled up on dry land. Disney Springs is the only place in the world where you can ride in these vintage cars. Naturally we wanted to go for a spin, but it cost $125 dollars for the three of us to ride, so I had to say no.  The beautiful Italian 40 foot Water Taxi, The Venezia, also looked fun, but it would have cost $175 so that wasn’t an option either. Still, we had an amazing time watching the boats go by.

Near The Boathouse, I discovered another new addition- Jock Lindsey’s Hangar Bar.  When you walk in the 1940’s-style Airplane hanger, you feel like you’ve stepped into an Indiana Jones Movie, complete with actual artifacts from the co-pilot himself. We loved all the aviation memorabilia displayed on the shelves, walls and ceilings.

A few doors down from Jock’s, underneath the Springs Bottling Co-sign, The Morimoto Asia just opened.  The architecture alone is gorgeous, but the Pan-Asian menu by none other than Chef Morimoto of Iron Chef America will blow you away. Huge cascading crystal chandeliers and glass enclosed balconies make this spot an exceptional background to create magical moments. This is a place I’ll return to with my husband for our next anniversary dinner. (Hint- hint if you’re reading this hubby!)

Our excursion took us next to the Chapel Hats store in the Landing. We spent 30 minutes trying on silly hats. I then found flip-flops at Sanuk.  I didn’t realize sandals made from old yoga mats could be so stylish and affordable.

Next , we went inside The Art of Shaving and watched visitors got their hair cut in the Barber Spa. The kids picked out a new razor for their dad, who was anxiously awaiting our return.

So though live music beckoned us to stay, we trekked with our shopping goodies towards our car. We walked past The Edison, which is set to open soon. It says they’ll have palm readers and contortionists in this new Industrial Gothic Style restaurant. The STK Steakhouse is also coming. I can’t get over all the quality restaurants in one place!

Just Before The End…

We did a final salute to Disney Quest. The virtual arcade has been there since 1998, but this is last year. Disney Springs is building the NBA experience in its place. I would have enjoyed a last hurrah on Aladdin’s Magic Carpet Ride, but alas, all good things must come to an end. 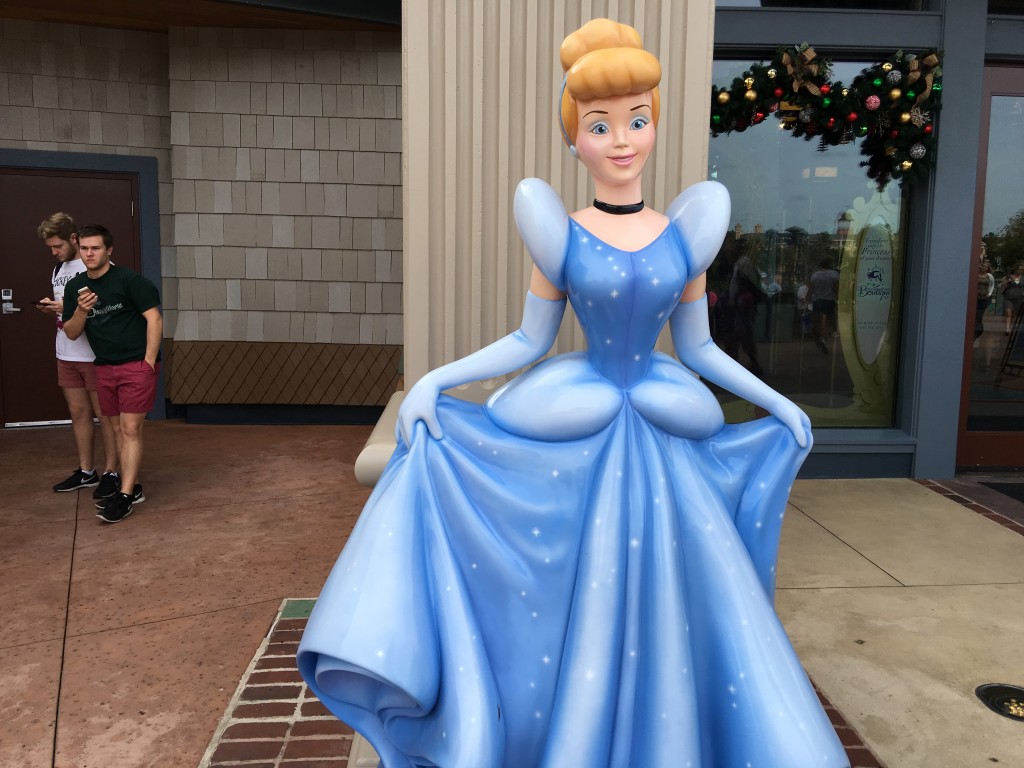 Who needs rides, princesses, or a magical mouse when you can spend a day (or three) at Disney Springs? As I walked away, with two tired but happy kids, I was already planning my return. 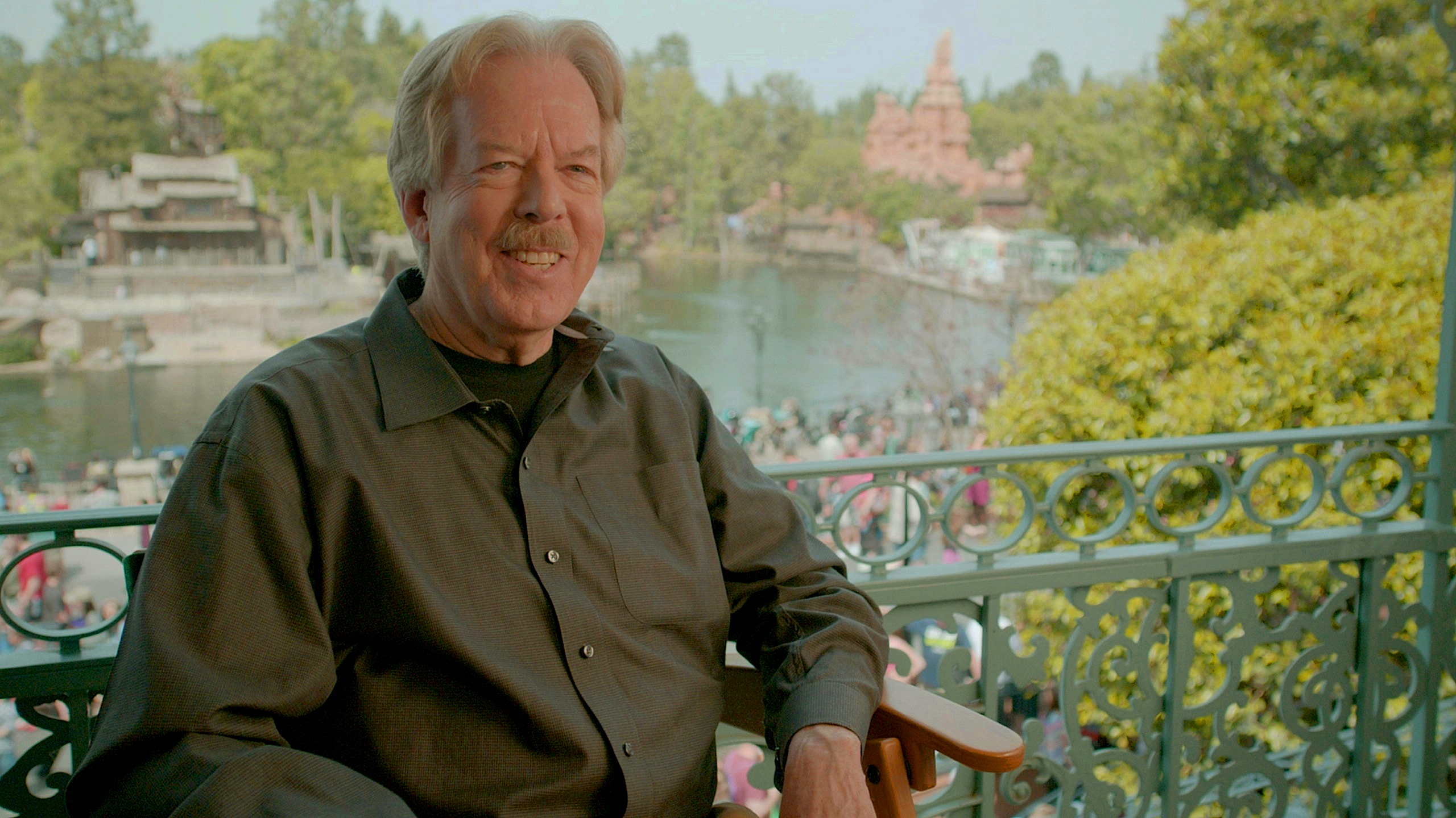