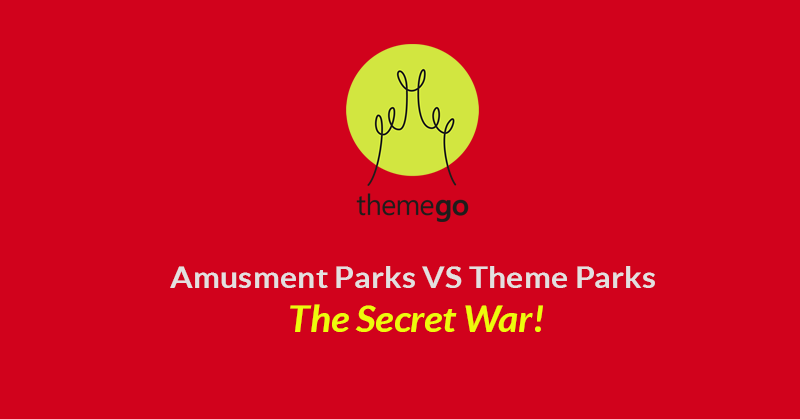 The secret war between Amusement Parks and Theme Parks causes their differences to becomed blurred: Thrill rides and Themed rides have converged

The theme park world is constantly pushing itself to the limits of innovation, technology, and design. We, theme park visitors, are demanding more creativity, more ingenuity, and more imagination from our theme park designers. We think they are rising up to the challenge, and with new announcements every year, we are willing to bet that this is just the beginning.

The world of theme and amusement parks is changing at a rapid pace, and lines that distinguished a theme park from an amusement park are blurring.

Up until recently, an amusement park was defined as a collection of rides, amusements, and “curiosities”. You could expect the classics: rollercoasters, carousels, ferris wheels, etc. Maybe there’d be some variations of those, but basically, what you saw is what you got.

Theme Parks, on the other hand, were all about the stories, and much more about the family experience.  Each ride had a beginning, middle and end that told a complete story. Either all the rides belonged to the same theme and told sub-stories, or each ride had a theme, but regardless, the idea is the same: the story is the park experience.

The most recent of these changes comes from 2015’s D23, with the announcement of the new Toy Story land at Hollywood Studios. 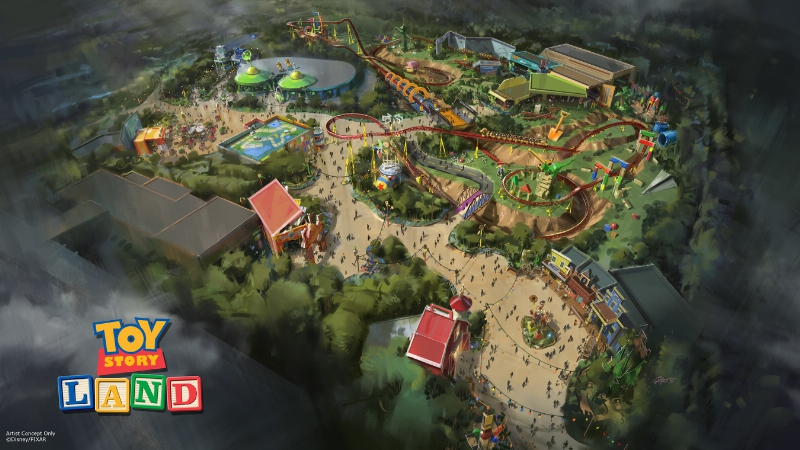 This new land was was announced in 2015’s D23 for the revitalized Disney’s Hollywood Studios. What is incredible about this news is that the centerpiece of the new project will be a roller coaster, the quintessential adrenaline rush attraction. The theme is, of course, toy story based – you ride on the back of Slinky Dog, and it’s still a Toy Story ride, so it will be more family friendly. This new design is very different from the existing Toy Story lands in Hong Kong Disneyland and in Walt Disney Studios Park in Paris, that while have some stomach-to-lung type rides, they don’t showcase the classic thrill experience of a roller coaster.

You don’t have to wait to see these new hybrid thrill and themed rides, however. Disney has already begun shifting a few classic rides into this type of combo package.  For example, the Seven Dwarfs Mine Train incorporates both thrill and theme.

Seven Dwarfs Mine Train replaced a classic dark ride (Snow White and the Seven Dwarfs, which can still be experienced in Disneyland Paris) and became a roller coaster-dark ride combo. Disney continued to do what it does best, which is a great story, with amazing effects, and then added some thrill. While it’s not going to be a huge thrill ride,  it’s a noteworthy shift of focus, as the classic dark ride is really centered on the story, and the ride itself was pretty slow.

But, as mentioned, theme parks aren’t the only ones doing this change. Six Flags over Texas also recently opened a ride that combines a dark ride with a thrill ride:  JUSTICE LEAGUE: Battle for Metropolis

This is a  new 4D themed dark-ride at Six Flags over Texas, that recently opened in May 2015. While still thrilling, it’s a dark ride with a real themed story. It’s also much more family centered. This really shows the popular amusement parks  movement from thrill centered, to a more thematic approach.

Hershey Park has also joined the bandwagon, and opened up  Laff Trakk

Laff Trakk is a spinning themed indoor roller coaster, similar in style to Rock ‘N’ Roller Coaster.  It is also the “first indoor, spinning, glow-coaster” in the USA.

These combo thrill and theme rides are creative and are clearly a response to the changing landscape of theme park adventures. What makes these changes more interesting is the question of why they are happening in the first place.

The theme park industry is exponentially growing. In the last year 1.2 billion was invested by disney on developing new and better rides. We, as park goers, are demanding more from our experiences, and the theme park universe is responding to that. It’s not enough to have a great roller coaster anymore. Also, a simple dark ride loses some appeal over time with frequent guests. Thrills don’t grow old, and neither does innovation.

Perhaps the blurring is a result of our dynamic needs as theme park guests, the increase of theme park fans, and a growing budget. Whatever the reason, it is interesting to witness, and even more fun to experience.

Have you been on these hybrid theme and thrill rides? What do you think of the cross overs?  Let us know in the comments!